What are the pros and cons of self publishing versus traditional publishing?

Ah, this one’s near and dear to my heart, as I’ve been answering it in DM’s and emails for about a decade now.

What’s good and bad about both of them?

Self-publishing is awesome in that you retain total control of the work. It’s also somewhat terrifying, because you retain total control of the work. A traditionally published book will get you a whole team of editors, artists, and marketers in your corner, which can be really nice, but you can expect to have to make a lot of artistic compromises. In self-publishing, you make or break yourself. As far as compensation goes, it’s really a toss up, and it depends on the work. If the work takes off, you’re more likely to make more money in the short term with self-publishing. However, with traditional publishing, it’s MORE LIKELY to take off, and your chances of making more money increase in the long term. If the book doesn’t take off, then it doesn’t really matter—you’re not going to make much either way.

The last pro/con is time, and that is squarely a self-publishing advantage. Traditional publishing just takes a loooooooong time. With self-published works, all I have to do is complete the manuscript, edit it, wait three months for Audible to narrate it (provided they’re gracious enough to take it on), and then, boom, it’s released. With traditional publishing, you can expect roughly a year between you finishing a complete manuscript, and the release.

Two cases in point: First, The Santas. I wrote it during Christmas of 2019. I had a great offer on the table, but there was just no way that it would be released for the 2020 Christmas season, and I don’t know if you remember how shitty 2020 was for folks (lol, of course you do!), but I felt very strongly that it was needed in 2020. So, because of the slow traditional publishing turn-around, I ended up self-publishing The Santas. Second, I signed a publishing deal for a yet-to-be-named fantasy novel in early April, the rest of the necessary parties signed it by early May, and here it is the beginning of September and the publishing company is just now getting to the editing process. Do the math for the remaining items to be completed, and I am probably looking at a Spring 2023 release.

But, even though it takes a long time, I’m really looking forward to working with Blackstone Publishing again, especially after I had to pass on their offer for The Santas. 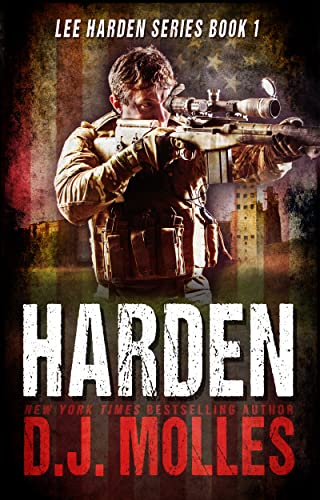 Clarity on the evolving life forms from the Lee Harden Series