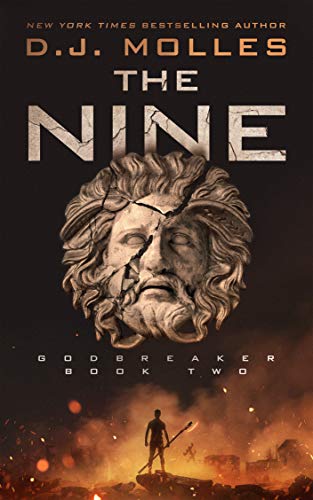 Change the tides of history.

A tall order for a runt named Perry McGown and his ragtag band of friends. But Perry is bound and determined to complete this mission, no matter the odds. He must prove himself in the face of a gathering storm of powers beyond his imagination.

Accompanied by a ferocious ex-legionnaire named Stuber, a con-artist named Teran, and a tinkerer named Sagum, Perry barges his way into a world where nothing is as it seems, old truths become lies, and myths become reality.

In his quest to find “The Source,” he must rapidly learn his place in the new order of things, or he and everyone he knows will be destroyed.

And also, possibly, the entire world.

"Absolutely amazing!!! This book has it all, and I devoured it over the course of just a few sittings. The character development, action sequences, and smooth transitions in terms of surprises drove this masterpiece. I cannot wait for the next one and hope there are many more in this series to follow!Might I add, wouldn't Dwayne Johnson be a natural fit for playing Stuber if this were to become a motion picture??You crushed this one out of the park DJ! Thank you for letting a reader like me become encompassed into another time, place, and life with a work like this. Stellar!"
-Amazon Reviewer
"WOW! This series is awesome! I have always like sci-fi, but have always found the literary genre to be a little "inaccessible". Molles takes the genre and wraps it all up in a perfect ball of dystopian fiction! The story line is believable, the characters are believable (and likable), and the plot is easy to follow. Molles has become one of my favorite authors. I ordered the audiobook version of this and was not disappointed. The narrator did a PERFECT job!"
-Amazon Reviewer
"Several themes stuck out- about overcoming the long odds and personal doubts with self mastery, trusting the abilities of your chosen team instead of being a one man show, and how your blood nor past have any bearing on your ability to determine your future. Great character development, I found myself laughing at the witty interplay between characters. Wonderful author - such a different type of story telling from the first series of books he’s written… I can’t get enough of DJ Molles!!"
-Amazon Reviewer
Return to books