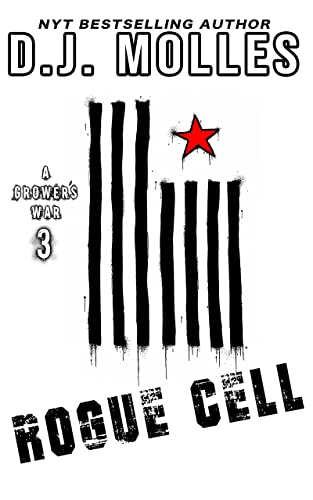 ...THE BLOOD OF PATRIOTS AND TYRANTS.

The country has become a warzone, and with a Coalition troop surge imminent, the resistance is on the ropes. Walter is in the city of Durham, fighting to survive. He has no idea that his wife, Carolyn, is only miles away, desperately trying to find him. She has information on a special target—a last ditch mission that could turn the tide for the resistance. And Walter may just have access to the only team of fighters capable of pulling it off.

But Carolyn is not the only one trying to find Walter. A ruthless federal agent named Goring is obsessed with destroying the Baucom family. He has already murdered Walter’s father, and he aims to capture Walter by any means necessary.

And he has the means. Because he has Walter’s brother.

"Molles is very descriptive. He paints a picture with his words. Something always pops up in the conversations between characters that amaze me how close he is with the happenings in politics and the world today. Published in 2017, he must have wrote it in 2015 or 2016. His characters are having arguments of things happening in 2020. Interesting. There are a few futuristic tingles that make you go, "Whaaaat?!" I should finish that with Whiskey Tango Foxtrot. I'm not so sure I'd want to try and absorb myself in a sit down read. The audio is great. Let's give credit to the narrator, Christian Rummell. These two are a team that should not be separated. Rummell must have 30 different voices."
-Amazon Reviewer
"What an incredible series. The protagonist did not start nor did he want to play a pivotal role, but it shows what one man will do for loved ones when pushed too hard and too far. The desire to be free and not under the heel of tyranny is strong is some. We all have to bend to some degree, are you the type to push back or do you break?"
-Amazon Reviewer
"I love this series SO much! It's definitely been a wild ride through the Grower's War series. From the (seemingly) mundane beginnings of book 1 to the chaos of book 3. Rogue Cell is a fantastic ending to a fabulous series. I definitely WANTED certain things to go differently, but DJ Molles definitely knows what he's doing when he weaves a tale for us. Just when you think you know what will happen next, you get a curve ball. I love a book that isn't predictable (I get bored when I can figure out everything ahead of time). Following Walt on this crazy journey he's found himself on has been heart breaking and exhilarating. Not every author can make you feel what the characters are going through, but you definitely feel what Walt feels throughout the series."
-Amazon Reviewer
Return to books