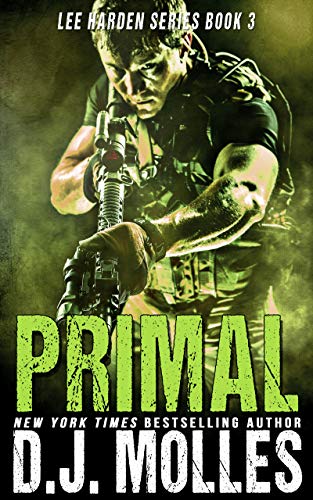 They’re called Mr. No One and Mr. Nobody, and wherever they go, death follows.

Lee Harden is out for blood. After a month, the cartel is looking over their shoulders and jumping at shadows, worried about the madmen in their backyard, who seem obsessed with little else but killing cartel members. Lee continues to claw his way towards revenge, searching for a target to strike at, or a person to destroy, that will force his enemies to reveal themselves. And nothing is going to stop him. Not even Abe.

In the United Eastern States, things are crumbling around Angela. Safe Zones are dropping out of communication, and no one seems to have any faith in her since the fall of Fort Bragg. Carl Gilliard’s methods of purging the dissenters grow harsher and harsher, and Angela is forced to run interference for him, denying allegations of misconduct. She needs to get them back to Fort Bragg, to show that they aren’t losing this war. But she’s not sure they can get there before everything falls apart.

Working fast—and sometimes unsafely—to secure the route back to Fort Bragg, Sam Ryder and his squad make a grim discovery that might be the start of an evolutionary jump for the primals—and a threat to the survival of the human race.

In this thrilling and gritty third installment to the Lee Harden Series, the only thing you can be certain of is that things are about to change.

"I feel like an addict, I need more of this series, pump it into my veins. I love the brutality and the honesty between the characters. The point-of-view of our very own Punisher, Lee Harden in this installment was a tough one, had me on the edge of my seat as usual but had me feeling quite emotional too. To think of everything he has seen has been through. Its tough. The guy is death incarnate and those last few chapters had me thinking of The White Buffalo's - The Woods song."
-Amazon Reviewer
"This book was awesome. Every moment was action packed and tense - I could barely put it down. The character growth of Harden is fascinating and compelling. All the other characters become more and more interesting. The zombie menace is unique enough to actually feel interesting and threatening and its continued evolution keeps them a credible threat to even the most competent of characters. The human antagonists aren't all tropey cliches - they feel like actual people with understandable motivations. The way D.J. Molles handles character deaths makes G.R.R. Martin seem like an amateur. His proses surpasses most of the pretentious literary authors."
-Amazon Reviewer
"Primal picks up where Southlands leaves off. Lee is out for blood after the losses he suffered just weeks before and he will stop at nothing to make his enemies bleed. All while trying to find his lost dog. The journey Lee takes through anger and vengeance to the brink of finding himself and pulling back so he doesn't lose his drive is truly fascinating. It's a side of Lee that we haven't seen before, but you can feel his rage coming off the page. He is angry and he doesn't care who knows it. He has to make hard decisions to try to save people he cares about, knowing that he can't save everyone."
-Amazon Reviewer
Return to books