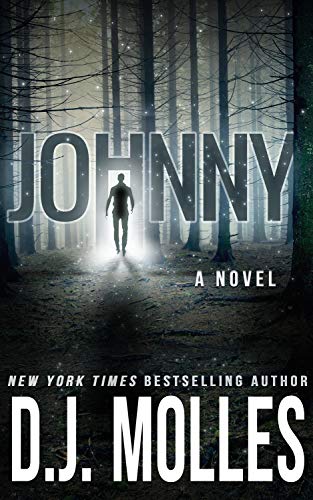 Aubrey St. James is in trouble.

She’s locked in a cell at a government black site. She doesn’t know where that site is or how the hell she got there. But she knows that it has something to do with the stranger she rescued from the river.

Someone - or something - called Johnny.

Saul Tarson knows that the thing he’s locked up is dangerous, because it left a trail of six dead cops in its wake, all killed in a way that defies explanation. It is Saul’s sworn duty to get to the truth about Johnny before more people die - a lot more.

All Johnny wants is to return home. But he has a mission to fulfill first.

And what he does in the next 20 hours will either save mankind - or bring it to its knees.

"I couldn’t put this book down until I uncovered the mystery of what Johnny was and what his intentions were. The whole time wondering how much better things would be in the world if we could better understand the real meaning and intentions behind people’s actions."
-Amazon Reviewer
"As always DJ Molles keeps the suspense going. I love this book as a look into the mind of a “human” from a different perspective. A great book for anyone interested in sci-fi and psychology."
-Amazon Reviewer
"Thank you DJ Molles for this adventure! For me it was a religious experience with a few sleepless nights, I love this story it does remind me of someone else that came to earth to try to help, was misunderstood and well persecuted among other violations. I was hooked on this from the beginning, I highly recommend any thing Mr. Molles writes. Treat yourself!"
-Amazon Reviewer
Return to books