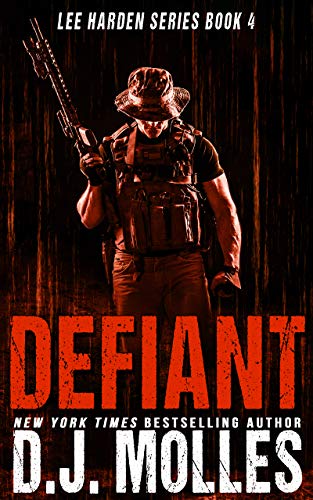 Don’t ever let it break you.

The United Eastern States is crumbling. The fragile house of cards that Lee Harden and Angela Houston have built has begun to fall. Lee is up against a ticking clock, as he is recalled from Texas and given the last thing in the world that he wants: A promotion.

Forced into a command role, Major Harden is thrust into a sharp learning curve that goes against every instinct he’s developed over years of fighting. As Lee races to find his footing in a mire of shifting loyalties and opposing goals, Safe Zones are being overrun by massive hordes of primals exhibiting strange behaviors and uncanny levels of intelligence, and Greeley is moving towards an invasion of the UES. The envoys from Canada and the United Kingdom know it—but they’re refusing to take sides and give Lee the intelligence he desperately needs.

As the tides of war reach the doors of the UES, horrific secrets are revealed that will change the future of their fight for survival. Friends become enemies, and enemies become allies. But no matter what happens, no matter what—or who—he loses, Lee can’t let it break him. He must remain defiant to the last.

"I read the Remaining series a few years back, mostly during trips back and forth to Iraq and Afghanistan. Loved the characters and story line. Very easy to read and become immersed in the action.Then I read the Lee Harden Series and was completely blown away. I can't say enough about the way DJ Molles further developed the characters and expanded the story. I was actually sad, and at times mad, to see some of the characters go, but then a different element of the plot would accelerate and I'd be drawn right back in.I can't recommend the series highly enough. Once I got the books, I couldn't put them down. I'm a Marine so I read really slowly and I finished the four books in the last two months, even with an extremely busy work schedule. Can't wait to see where the saga goes next!"
-Amazon Reviewer
"Absolutely awesome read. During the long Covid summer of 2020, this book was a shining light. Molles knows how to write this stuff like the back of his hand, and each book builds on the characterisation and drags you deeper into the story of Lee Harden. I’ve read a lot of this type of book series, and although there were some excellent ones out there, something about this series just resonates with me. I think it’s the depth of the characters created, and the sheer scale and pace of the story."
-Amazon Reviewer
"While most series seem to devolve into the same cyclical action, with little or no character development, this one shows it is a cut above. I know a series is good when I can re-read it and it continues to maintain my interest and I can find nary a plot hole. This is THAT series. The characters we've seen from the beginning continue to change and grow in way that flows, and new characters are introduced in a way that seems very natural. I definitely have this in my pantheon of zombie/primal novels worth keeping and recommending!"
-Amazon Reviewer
Return to books